In my previous article Tweaking DFM Loading I explained ways to overcome the name problem with several instances of a data module. Actually there is still another way to resolve this. END_OF_DOCUMENT_TOKEN_TO_BE_REPLACED

One of the most shown feature of Delphi is its Design Editor with its ability to design forms and connect components in an easy and intuitive way. I can’t count the occasions where I have seen a form being decorated with some data controls connected to a TDatasource, which itself is connected to a TDataset descendant (see the docwiki). END_OF_DOCUMENT_TOKEN_TO_BE_REPLACED

Even years after switching from centralized version control to a decentralized one (or to be more precise: from Subversion to Mercurial) I still find myself stuffing different unrelated changes into one commit. Sometimes there are just some small changes to make the code compile in your current environment, sometimes you correct typos in the comments or string resources, sometimes it is just a better formatting of the code. All of these changes have nothing to do with the current bug to fix or the current feature to implement, but they end up being part of the commit – and that is just plain wrong! When it comes to commits, make them as small as possible! END_OF_DOCUMENT_TOKEN_TO_BE_REPLACED

As some of you might have guessed already, I have been a bit busy with the current beta of the new Delphi 10.4 Sidney. Usually one is not allowed to talk about the beta, but I have been given permission from Embarcadero to blog about some of the new features and improvements. Please note that everything said and shown here is from a pre-release version.

As David Millington already blogged about Redesigned Code Insight and Marco Cantú shared brought some newsabout Custom Managed Records, one of my personal favorites are the enhancements related to VCL styles.

In the past years quite a couple of my customers jumped on the VCL Style train as a simple and effective way to give their applications a fresh and modern look. Interestingly, most of them opted for an individual style tailored to match their corporate design.

One of these applications makes use of TMS Scripter to extend the standard functionality with customer designed forms. The Script Designer coming with Scripter is an extremely helpful tool in that.

Unfortunately the Script Designer doesn’t play well with the VCL style. That would be only a minor problem as the script design is not done very often and then mostly by the service staff. VCL styling is not critical for that. If we only could disable styling only for the designer form.

Now we can! Delphi 10.4 allows to set different styles per form and even per control.

That exactly solves the above problem. I can even imagine other use cases for having different styles even for controls on the same form. Some styles differ only marginally and this could be used to highlight several controls on a form more prominent than others. 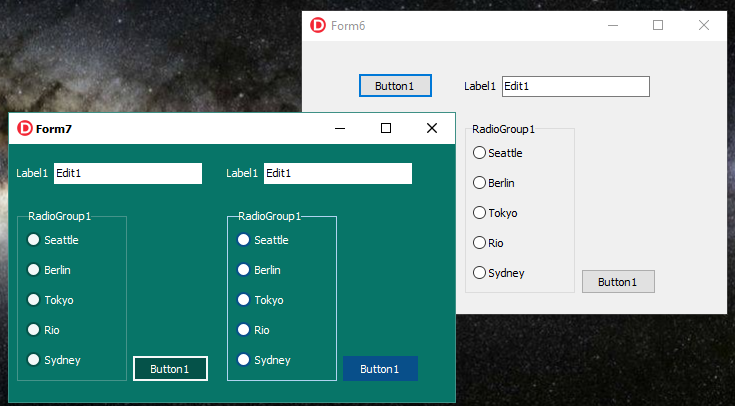 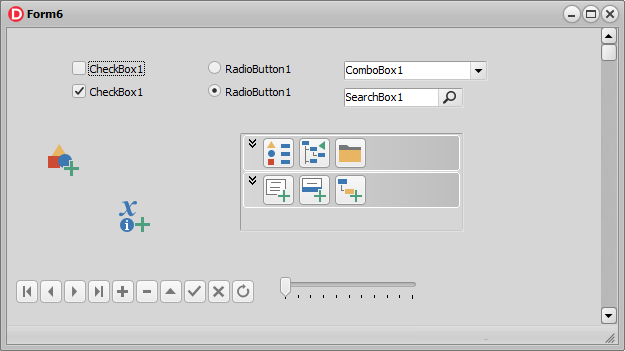 And here the same form dragged to a monitor with 175% scaling (open in new tab to see the actual size): 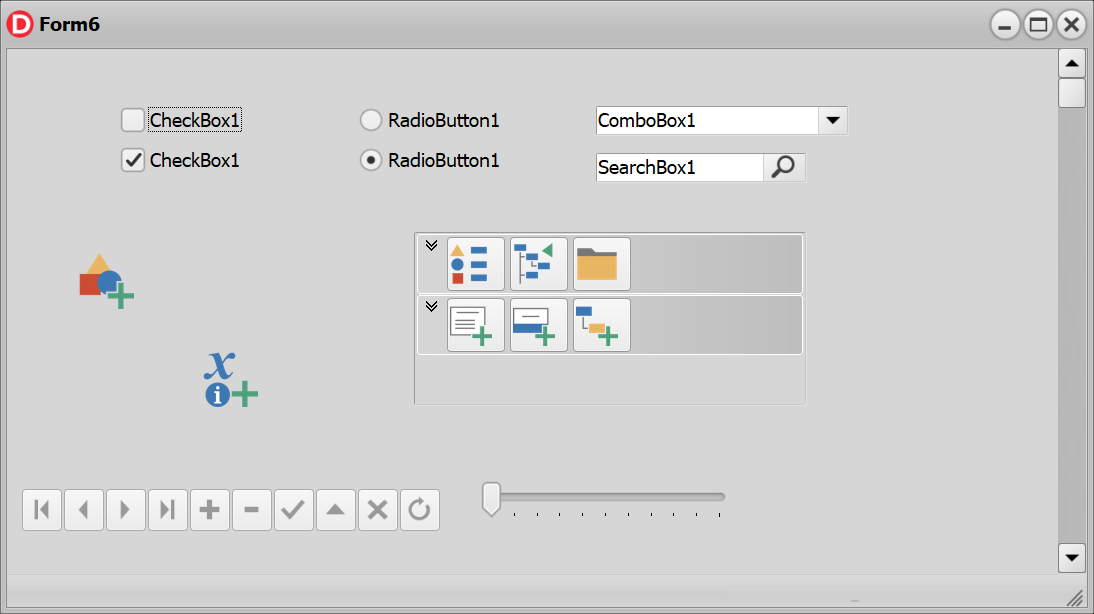 The button icons are taken from a TVirtualImagelist connected to a TImageCollection as it has already been available in Delphi 10.3 Rio. The two images to the left are shown with the new TVirtualImage control, that also takes its images from the same TImageCollection dynamically scaled to the size needed. 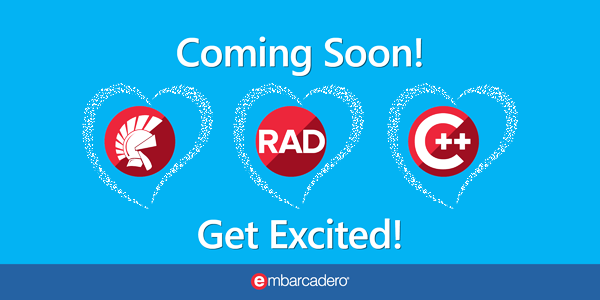